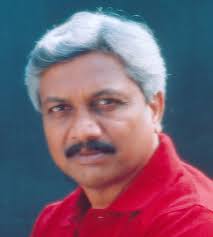 Professor Japhet has been a member of faculty with the NLSIU since 1990. He has taught Sociology, Sociology of Law and Law and Society related subjects at the undergraduate and post-graduate Levels. He was a Visiting Faculty at Warwick Law School, UK, (1999), Visiting Fellow at Indiana University, USA (2004) and Visiting Professor at William and Mary University, USA (2011-present), Visiting Professor, Duke University (2013). His research interests include Group Inequality, Social Exclusion, Social Movements, Caste, Religion, Affirmative Action and Equality Jurisprudence. He has published books, articles in different journals and newspapers, edited journals and presented papers in seminars and conferences in India and abroad. He has also coordinated several national and state level seminars, conferences, workshops, and major research projects for state and the central governments. He has served as Chairperson, Under Graduate Council (2007-10); Member, Executive Council and General Council and Member, Academic Council of the NLSIU; Faculty Coordinator, Centre for Child and the Law, NLSIU (2004-07); and Member; World Conference Against Racism (appointed by the Government of India) (2000-01); Academic Council Member (Government Nominee) of Bangalore University, (2000-03). He has been serving as member of various Expert Committees of University Grants Commission (UGC); Indian Council of Social Science Research (ICSSR), Government of India and Government of Karnataka; Member of Board of Studies of various Universities;