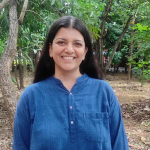 Written articles on the emancipatory and disciplinary faces of state power, and also distinguishing state power from colonial power. I have written a survey essay on nationalism for a political science book series commissioned by the Indian Council of Social Science Research. I have also co-edited a special section for the journal Studies in Religion on “Managing Religious Diversity in India, China and Canada.”