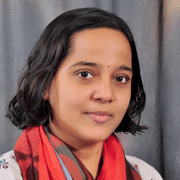 Deepa K S has been a student of the Masters of Public Policy programme at NLSIU, 2014-16 and is also one of the co-founders of Lokniti. In the capacity of an outgoing editor, she offers some perspective on the inception of the blog, along with its potential as a policy forum.

Autological is a borrowed title from one of my favourite poets. Like most borrowed things, it gets things going in interesting ways and serves the purpose more than originally intended. I do believe it is better than ‘autobiographical’, at least in the case of Lokniti that began as a journey committed to finding nemos, dorys and other voices that mattered. This is not to sound glib, but the first group of students who signed up to be part of Masters of Public Policy at National Law School had to do two things at once – they had to find both intellectual spaces for themselves and make it as meaningful as it was diverse and they had to announce to the world that they were a distinct species of scholars who could work deliberately different because they were trained to do so. There will be other meanings and other contexts for Lokniti in the coming years, but these were the very first ideas and ideals that shaped the space and lent it whatever voice it has today.

It was born thus on a December morning squeezed in a small tea break, its arrival noiselessly announced through the click of a button. In the first year classroom, when a slide show opened to empty space, we had the joy of having that created space entirely for ourselves. The best thing I remember about working for Lokniti was that it worked on borrowed time and effort always. Like its birth, its form and shape was carved out of talented students chipping away at their assignments and finding some miraculous time to caress the blog as they went, teachers who came with tight schedules from all over the world but generously offering thought bytes to short interviews, and more and more students drawing, designing, writing, thinking and shooting videos to keep this space alive and well. It was teamwork and idealism that gave birth to the blog like all other student-led ventures we had in class.

Anyone who wrote for the blog wrote passionately about what they had seen and inferred from the ground that could shape public policy, laws and vision of this country. I believe it was the confidence that what they thought mattered and consequently what they wrote could influence the world around, that encouraged contributors to keep coming back with work to the blog. And yet to everyone who has been involved, it was primarily a space for friendship and easy comradeship as well as a democratic space to respectfully argue and build a world of ideas. For both this freedoms-freedom to live together and disagree- the cornerstone of every macro institutional setting we will inhabit in future, we are grateful. About the implications of the work presented and the tenderness of labour that nurtured it, we are thankful.