George Orwell captured the fundamental dilemma that has faced all political theorists in one simple yet elegant form, “All animals are equal, but some animals are more equal than others.” The manifestation of this phenomenon is still witnessed across the world, with some trying to remedy it, while others attempt to aggravate it. A panel discussion on the idea of this equal-ness not in terms of singular and individual inequality but in terms of inequality experienced by the virtue of a language one speaks, the caste one belongs to and the name by which one address God, happened on 11th January 2017. The panel was constituted around the idea of inequitable impacts of rule of law policy priorities on certain social groups. In asking who the drivers and direct beneficiaries of the national process of development, we must also consider interests that lie outside the “mainstream”, how stringently rights to property are protected and whether marginalised groups have a voice in shaping the economic choices that directly limit their opportunities or disadvantage them further.

The first guest was Arvind Narain, an NLSIU alumnus who is affiliated with the Alternative Law Forum in Bangalore. 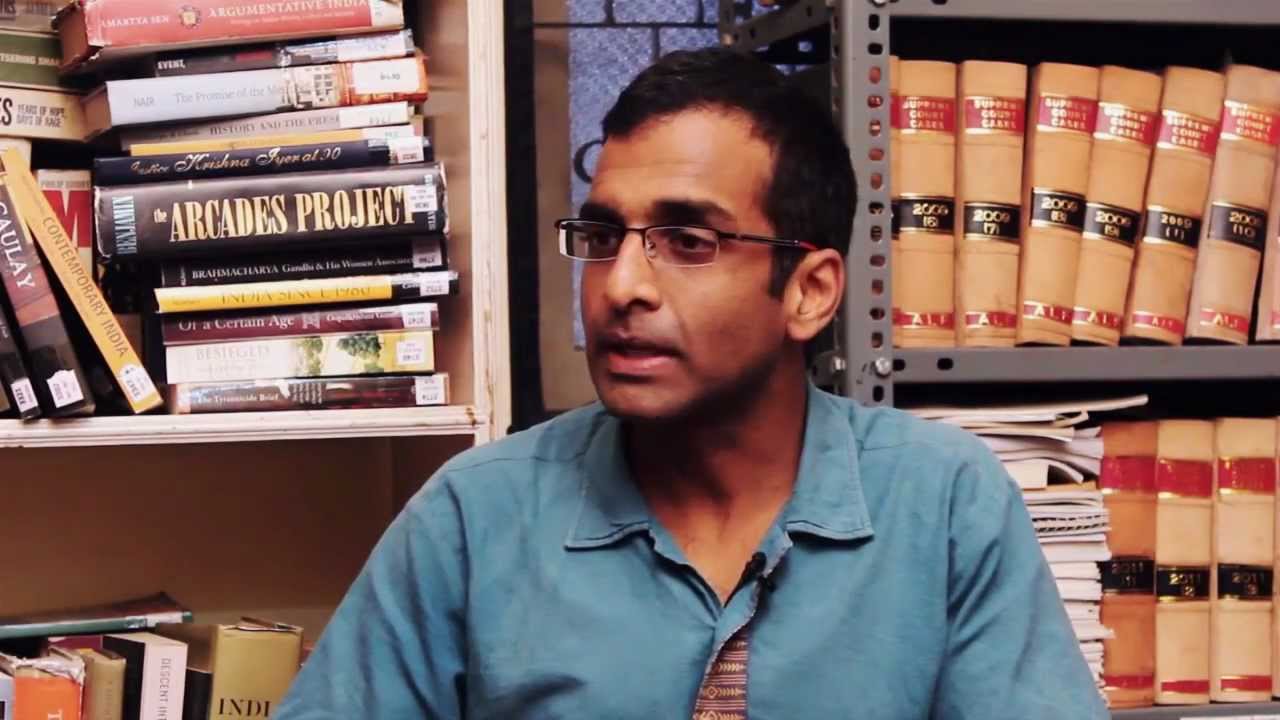 Mr. Narain began by outlining the diverse, plural and overlapping hierarchies at work in India and brought us back to the Ambedkar-Gandhi debates on how to best treat social difference in politics. From there, his focus was on the role of law in better understanding and targeting the emergent political hierarchies and the transformative promise of the Indian Constitution. He stressed that democracy must be counterweighted by legal institutions to protect the rights of minorities. However, when you have judgments like Section 377 that invoke ‘popular morality’ and seek to use them to curtail basic rights, then you have what he described as “democracy on a soil that is undemocratic”. Democracy then, isn’t populism but is the on-going creation of a framework of rights, duties and social harmonies that enable every individual to participate in and contribute to the national life. Law has clear limitations, however – when the civic and social objectives set forward in the Preamble are for liberty, equality, fraternity and justice, how can something like fraternity in society be measured or consciously used to transform our polity? The transformative goals of the Constitution are just as much the results of stronger, more vocal civil society and of understanding the essentiality of positive rights as they are of laws and institutions. In the end, Mr. Narain linked law and morality by pointing out how legal measures from fact-finding reports to legal journalism can advance the cause of civil rights, even in the contemporary scene. 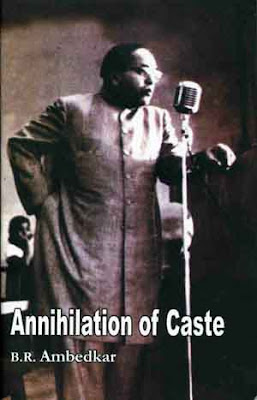 The second speaker was Dr Ratnam, Coordinator at Centre for Ambedkar Studies, University of Hyderabad, who spoke about the response of Public Policy towards people categorised under Scheduled Caste in India. He talked about the altering terms which have been used to address the scheduled caste interchangeably by the state and the social movements. The use of different terms to recognise them has laid an impact on the way the issue has been constructed. The lack in clarity in recognising the issues has further impacted the affirmative action taken. In his speech, he mentioned the conflict between ensuring equality and homogeneity at the same time. He questioned that if we are all equal in front of the law then what objective does affirmative action achieve. The entire society has been stratified into castes and further into sub-castes not only because people recognise themselves with the diversity which they bring in but also because public policy recognises these categories. Public Policy thus addresses a number of questions of varied nature at the same time. The affirmative action acts as an aid in most cases but also lead to increasing differences and conflict, some of the times. The Nation strives for equality but which parameters of policy shall achieve equality is the lingering question. He stressed on the fact that under the umbrella of neo-liberalisation along with the state the forms of discrimination has also changed which has become a heavier challenge for public policy. He ended his lecture on the note that the Constitution which is the product of flesh and blood of our countrymen should be implemented in the real sense to stop the violence towards marginalised groups.

The third speaker, Dr M. C. Srinivas, Joint Director of the Social Welfare Department, Government of Karnataka has the special duty of enforcing reservations for SCs and STs. With thirty-eight years of experience in implementing government policies for the development of the Scheduled Tribes, Dr. Srinivas gave us an insider’s peek into the progress made, gaps persisting and governmental and structural deficits. The foremost issue is the problem of identification of the Scheduled Tribes. In Karnataka, only sixty-five out of seven hundred and five tribes have been identified as Scheduled Tribes. The main agenda of the government through the promulgation of numerous schemes and programmes is to bring these tribes out of the forest and into the ‘mainstream’. This poses a problem as the majority of the tribes do not want to join the mainstream. Although Karnataka has been a pioneer state in the adoption of the SCSP and TSP Act, 2013 which enabled the allocation, mobilisation and distribution of funds (which can be carried forward for two more years if under-utilised instead of lapsing). Karnataka has also enacted numerous schemes to take forth social services like education, PDS, residential education (KREIS), Anganwadis, housing, infrastructure and hospitals to the fringe forest dwellers who don’t want to come out. While the paper trail of schemes and programmes points to the good intentions of the powers-that-be, Dr. Srinivas admits that there are major gaps in implementation, lack of grass root level monitoring systems and of course, corruption and apathy inherent in some civil servants that ensures systemic failures and a protraction of the deplorable state of exclusion, discrimination, poverty and underdevelopment of the Scheduled Tribes.

Mr Maqbool Ahmed Siraj, Journalist, activist, and researcher on Muslim issues in India, the final speaker on the Panel gave an overview of the socio-economic conditions of Muslim communities in India. 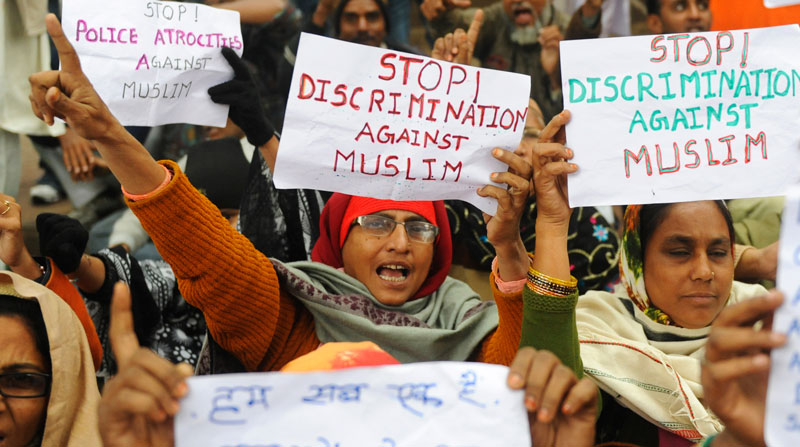 Bringing his experiences as a journalist and social activist his entire work on Muslims highlights the general psyche of the rest of the population towards Muslims. Over six dynasties of Muslim rulers had flourished in India making them the oldest ruling class yet Muslims and Christians are externalised minorities while Sikhs, Jains, Buddhists are internalised minorities in India. Muslims are both religious and linguistic minority with the socio-economic realities of the community known to be grim due to low education, poor residential conditions and lack of access to sanitation and health, absence from top leadership and bureaucratic positions. In the political sphere, on an average the representation of Muslims as MP’s has been 32-34 while the required number of Muslim MP’s for proportionate representation is 75. The welfare measures for Muslims have been slightly better in South India, with states like Karnataka having 4 per cent reservation for Muslims and Tamil Nadu having 3.5 per cent reservation for Muslims and Christians. Nevertheless, in order to neutralize biases and social exclusion and increase political representation of Muslims, public policy must critically evaluate the need to consider socio-economic backwardness of the Muslims for reservation.

The panel was divided in its focus ranging from caste groups, tribal groups, religious communities and the potential impact of laws on disparities. Despite this divergence, the vision and goal were commonly shared, the panel emphasised on the need for corrective and preventative measures and of the impetus on the political elites and social institutions to stop the incessant otherisation of the entire mass of population. The impact of reservations and socio-economic schemes have been enormous, but not sufficient. The panel focused on the tools and the requirement for such an equality within the legal and political conscience of  India.  If summarised in a single sentence, the panel’s message sought an embodiment of a common identity grounded in the constitutional morality, where all humans are equal and no one is more than equal.